Following a smaller exchange of emails, we had the chance to interview the founder of .assassinscollection.it, Carlo. Mycreed.eu is a huge foreign fansite for thehugely popular gaming franchise, that this very site is build around as well.Carlo took his time to answer a few questions regarding the services andcontent, that can be found on the website.

Q: What initiallydrove you to launch .assassinscollection.it? What was the general idea behind the site back then?

A: From the beginning theidea was to create a database where all the fans were able to find all theexisting objects of Assassin’s Creed.

Q: Would you say the site stayed ontrack? How has the site been innovated on over time?

A: The site is constantly evolving, we’ve added new features to search forobjects and, of course, constantly updated, everything is branded Assassin’cCreed

Q: What makes .assassinscollection.it stand out from other fan sites, that also happento, for example, prioritize collectible items?

A: Yes, MyCreed.eu is a service created for allthose who are new to the world of collectible AC, but although less importancewe have set up a section dedicated to news

Q: Mycreed.eu is obviously partneringwith a longer list of other fan sites. Is the site itself solely run by you?

A: everything is managed bya team, each of us is responsible for a part of the service there are sixpeople who care to make advertising in Facebook, two others who are concernedwith keeping the site up and finally as the ultimate two members (includingmyself ) are concerned with keeping the new application available for Androiddevices MyCreed Mobile, in Italian and English.

Q: Is the site navigable for foreignvisitors? How do you handle securing the largest possible audience?

A: the site for greater navigation system has been translated into English sothat it can be available in two languages. Within the site will also show thecollections of all the fans who send us the picture, so as to have a singlegoal regardless of the nation.

Q: What are the plans for Mycreed.euin the future, both regarding the content it self, but also things likepartnerships?

A: For the future we do not have precise like you, for now we are workingtogether with the staff of Mycreed.nl (MyCreed resident in the Netherlands)with a network name MyCreed where every nation can have the suto fan sitededicated to Assassin’s Creed.https://www.assassinscollection.it/my-creed-network

For Partners are organizing various things but now it is a bit ‘too early to tell you about it.

Q: And finally, why should every trueheart AC fan visit mycreed?

A: Because after all we admirethe art that hides behind the video game Assassin’s Creed, is at the bottom ofall the fans are a bit collectors.

Question about my collection  J (https://www.assassinscollection.it/about-mycreed )

I started to getinterested to Assassin’s Creed in 2007 when a friend of mine, asked to provethis, the game was fantastic unique experience outside of each scheme togetherwith Altair, but as soon as the series evolved I could find out more about allthe characters of history.

Assassin’s Creed is not a simple game: the story is intricate and complex and hides richimplications, is deep and most of the things are encrypted and you have todecipher them. The game is not made to have extra DLC for your character butto have extra parts of the rich history of secrets and mysteries to solve.Although it seems to watch a movie when you interact with the game (of courseit is not), you can do whatever you want. This is a GAME, what a gamer expectsto find, here it is.

Add to My Collection

Tags: Thanks You for Interview "assassins-creedfan.com" 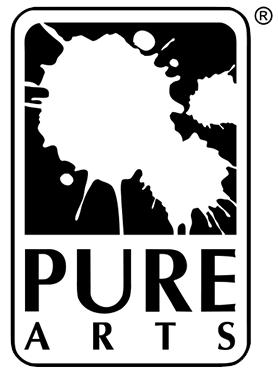 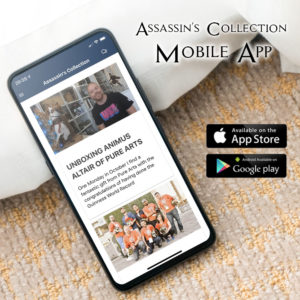